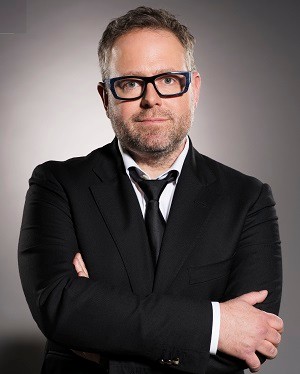 The Honorary President of the 12th edition of the 48-HOUR RIDE will be Alexandre Taillefer. It is a great privilege for the children of the Foundation and for the event to be able to count on a personality like Mr. Taillefer. We sincerely thank him for his dedication to our cause and we wish him the warmest welcome to the great Make-A-Wish Quebec family.

As managing partner of XPND Capital since 2011, an investment fund for companies in the transportation, technology, media and entertainment sector, with nearly $ 100 million, Alexandre Taillefer is a serial entrepreneur that became known publicly thanks to his participation on the television show « Dans l’Oeil du Dragon ».

At the age of 21, he founded Nurun, an interactive agency owned by Publicis. In 2001, he founded Hexacto, which became a world leader in mobile gaming within two years and was bought by Electronic Arts. In 2007, he co-founded Stingray Digital, a public company that broadcasts music daily in more than 100 million households around the world. He founded Téo in 2015, an all-electric taxi company that revolutionized the industry.

He chairs on numerous boards including those of GSM Project, iPerceptions, Téo and Mishmash.

He also pens a socially engaged column for the newly revamped monthly publication Voir and does not hesitate to share his ideas and his passion as a speaker.