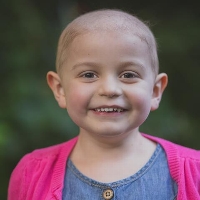 This page is a dedication to Maddie and her fight with not only cancer but cystic fibrosis. She is a very special little girl and has inspired so many to be selfless and find ways of making a difference in their communities And beyond.

Scott Fowler was Maddie’s great uncle. He sadly passed this year. He would constantly tell Maddie that she was an old soul. He was so impressed with how she handled her 2-and-a-half-year battle with Acute lymphoblastic leukaemia (ALL) which was something they both shared and how she found ways to positively impact so many lives.

She was able to do this through initiatives like Maddie‘s 6th Birthday Wish, where she asked people to donate $6 in lieu of gifts to raise $10,000 - the amount needed to grant one family on a wish. She not only accomplished this but raised enough money to send not one but two families on a much-deserved wish. We coined it ’Wishing it Forward’. Scott knew how to connect with people and he definitely made a connection with Maddie. Please consider donating to Make a Wish Canada in support of children like Maddie to make a huge impact on their lives the same way Scott did for so many.

Maddie was born (Nov 2012) with a genetic disease called Cystic Fibrosis. (Currently there is no cure.) It primarily effects Maddie’s lungs. In April 2017, Maddie was then diagnosed with cancer (ALL) at 4 years of age. Throughout her two-and-a-half-year treatment plan (she completed chemo in June 2019) she has seen first hand the heart ache and pain so many kids in hospital have to endure. As a family, led by Maddie they hope to bring joy to another family in a similar situation.